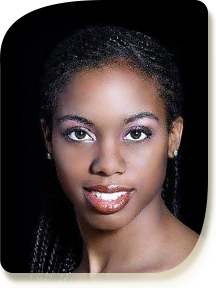 Thalema Williams Cooper was born and raised on the island of St. Croix, US Virgin Islands. At the age of five, she began her dance training in Jazz, Modern, Cultural, Ballet, Tap, Hip Hop, and Gymnastics to name a few. As a youth on St. Croix, she performed dance pieces throughout the islands, started as an assistant student teacher at 11, and was a student teacher and choreographer by 13. Thalema was a dancer & performer for SCEC Dance Team, SCEC Cheerleading Team, Speak the Word Leap of Faith Ministries, & Soul Sister Steppers. She competed for Hal Jackson Talented Teen where she placed first runner up, and performed selections from Alvin Ailey's "Revelations" not just on St. Croix but on the island of Puerto Rico.

Thalema’s full training began when she moved to Orlando, FL in 2004 to attend college at Valencia College. She joined the Vixens Dance Team, Valencia's Step Team, performed as a Disney Character Parade Performer. Also involved in “The Chocolate Nutcracker”, a Laverne Reed Production where she assisted in my scenes and choreographed the Caribbean scene. During her time in Florida, studied many styles from Ballet to Gymnastics, Tap to Jazz, African to Hip Hop under the direction of Tonya Matheny at Ready Set Dance, Orlando School of Cultural Dance, and Dr. Phillips YMCA. From 2005, Thalema started attending many conventions and competitions and teacher's workshops in the United States. Thalema started her own pre-professional company - LeFusion Dance Company on February 2008 in Orlando, FL consisting of dancers 18 & older. In 2009, she relocated to New York City for three and half years, where she continued LeFusion Dance Company. Her training never stopped as she continued to take classes at Alvin Ailey, Dance New Amsterdam, Steps on Broadway, and Chelsea Piers. In 2012, Thalema created a piece entitled “We Rise” and submitted it for AME Capezio Choreographer’s Competition and with over 500 submissions she was placed in the Top 40. The opportunities for Thalema grew to be a freelance dancer, teacher and choreographer starting in 2012-2016. She taught ages 2 years old to adults in a few states: Virginia, Maryland and California.

In 2014, Thalema started her own convention called LeFusion Dance Convention (now called Caribbean Festival of Dance) which was first held on St. Croix and had over 60+ dancers and 8 guest instructors. This convention has opened up doors throughout the islands for many dancers. In 2019, a Caribbean tour began for LFDC at a variety of studios. During all of this in August 2016, Thalema Williams Studios Dance Academy opened on the island of St. Croix, US Virgin Islands having classes for toddlers to adults in over 12 dance styles.

For over 15 years, Thalema has continued to gain knowledge and training at a variety of teacher’s training programs such as Dance Teacher Web, Dance Teacher University, Acrobatic Arts, Dance Teacher Summit, along with individual mentorship and other online programs. In 2021, Thalema was blessed with the opportunity to be a Creative Director, Teacher and Choreographer at MST Dance Center in Brooklyn, Michigan. At MSTDC, she continues to teach numerous dance styles and choreography pieces such as Tap, Lyrical, Contemporary, Hip hop, Ballet, Cultural, Jazz, Acrodance & Ballroom. Thalema will be working with the MST dance team preparing those students for any workshops and choreographing pieces for their competitions. Also, all the upcoming recitals and productions Thalema will continue to set pieces for all participating students. She’s so thankful to be a part of the MSTDC Family. 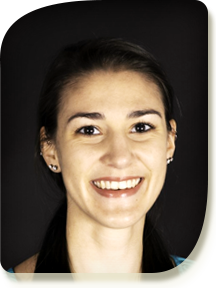 Georgia came to us in the Fall of 2015 after completing professional training at Ballet 5:8. Georgia and Mary love working together and make a great team. We have been blessed to have Georgia join our dance family!

Georgia trained at the Academy of the Arts under Lori Ladwig, Lineea Strauss, Kate Price, and Erin Miller until she graduated high school. From there, she continued her training in a two-year Trainee Program, which upon completion, realized her enjoyment of teaching new generations of dancers.

Along with her personal technical training, Georgia also taught previously at Academy of the Arts and Ballet 5:8 School of the Arts. Georgia has graduated with her Civil Engineering Degree from MSU, is working full-time in her field, and she is continuing her teaching/directing of our upper level Ballet classes at MST. 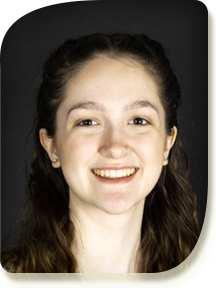 Miss Nina's dance experience and competitive accomplishments have been entirely with MST Dance Center alongside our former Artistic Director, Miss Mary. Under Miss Mary and Miss Georgia, Nina has gained well rounded experience in styles such as: Ballet, Pointe, Tap, Jazz & Musical Theater, Modern & Contemporary. She enjoys dancing because it is a classic art that she can learn and pass down to younger generations. Nina has experience assisting multiple classes in a variety of styles led by Georgia Brattin & Mary Enwereuzo for several years. She enjoys teaching because she thrives through solving new problems. Nina likes to be a positive influence to young dancers and to see them push themselves & learn new skills. She loves to see each individual student grow and improve in their dancing. Nina has graduated from Jackson Preparatory and Early College with a high school diploma as well as an Associate’s Degree in the arts from Jackson College. Nina is our Co-Director/Intern as well as teaching both recreational and competitive classes. We are overjoyed to have Nina join us at this capacity with her MST Dance Center family. 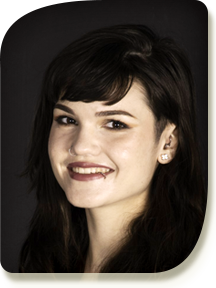 Miss Gel danced alongside and under the direction of our former Artistic Director, Miss Mary from the years 2009-2018. She has now returned to the studio to share her love of the arts with the students here at MSTDC. With her many years of dance training, Gel has received experience in a variety of styles, with a focus in contemporary, jazz, and ballet. She has competed statewide and her choreography has earned high overalls and multiple judges choice awards including her self-choreographed Platinum piece.

During her absence at MSTDC, Gel spent time attending the College for Creative Studies, where she would rediscover her love for the arts. She hopes to help instill confidence and the importance of self-expression in her students through dance. We are happy to have her back on staff with her MSTDC family. 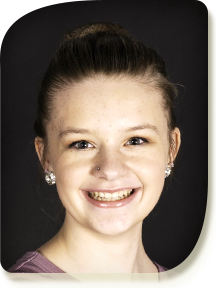 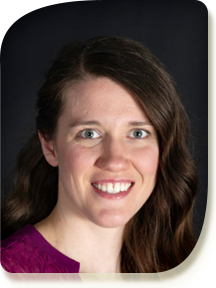 Sarah brings her dance background to MST in many ways. Sarah has been working alongside us (her parents) since MST opened in 2014. Sarah has danced for 14 years as a young student and now continues in adult classes at MST. She has been an instructor as well for Tap and Ballet, and now enjoys watching her own 3 girls learning and loving the art of dance. Sarah enjoys dance and it's creativity it brings to her own children and others. She is a vital asset for MST Dance Center both in the office, backstage, and in dance classes as needed. 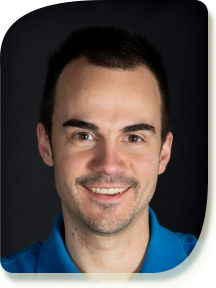 Thomas Polyblank
Sound and IT

Thomas is our all-around sound and IT man. He is able to keep our office and our showcases running smoothly behind the scenes with his knowledge and talent. We would be lost without his help, and we appreciate his dedication of time to be a part of MST Dance Center. 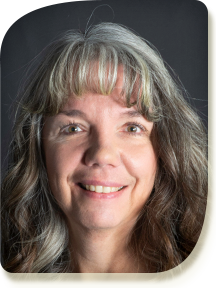 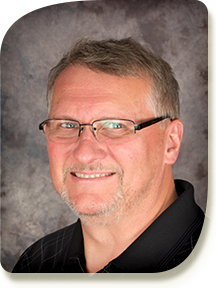 Marcia Hubbs and her husband Ralph are thrilled to be able to have this opportunity in their home-town community with their family! Neither one ever thought of owning a dance studio but have always wanted to have some kind of home business where their family could be involved. When God put that opportunity in front of them and their daughter, Miss Mary, in the summer of 2014, the doors opened at MST Dance Center!

Marcia has her degree in Administrative Business Management and has used that prior to this adventure managing Shamrock Airport in Brooklyn for several years; managing their home-school family with all four of their children; and now running the day-to-day business of the studio. Marcia is enjoying the opportunities at MST and praises God for the provision of an amazing staff and so many talented students. So much to be thankful for!

Ralph is a Design Engineer and works from home as well in Kalamazoo which has allowed him to be fully involved at the studio as well. He is the main prop builder and resident handyman for the studio as well as a great support at home being flexible with his time and family needs. 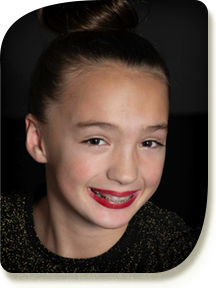 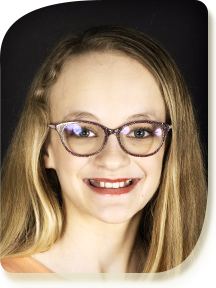 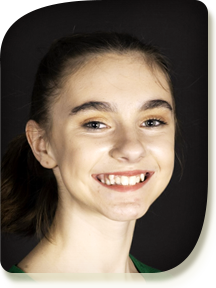 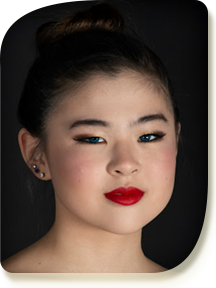 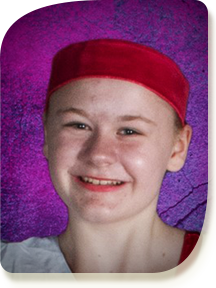 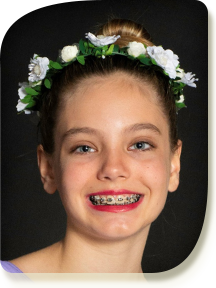